It’s the season for the School of the Arts Open House and we’ve been given the mission of creating a series of social media videos that will engage potential students to find out more.

With the main target audience being specifically the young, pre-secondary crowd, we felt strongly the need to approach the videos with their tastes and interests in mind. This also meant the energy and style of the series needed to be current and appealing to these savvy youngsters.

At the same time, we were also mindful that the choice of school is often a decision heavily influenced by parents as well. So as much as the videos needed to attract the young, they also had to cater to the needs of moms and dads.

With these factors in mind, there were also fair concerns raised about how much of the envelope we could push, as we strongly believed in one of the original concepts we have pitched. That earlier concept played on the idea of ‘reverse psychology’, with an element of surprise for and challenge to the viewer.

Working closely with SOTA’s Corporate Communications team, we did informal focus groups with the students, so as to get frank feedback on the initial concepts, as well as incorporate their perspectives into the final scripts.

SOTA, being a unique institution, has a very distinctive character, which we wanted to bring out strongly in the videos. At the same time, being a fairly young institution, it also faces the continual challenge of correcting misconceptions about what the school is actually like for students.

So this series of social media videos was designed to not only drive visitors to the open house but it also has a larger objective of tackling some of the key misconceptions – misconceptions that could actually influence whether parents or students make the decision to consider SOTA.

After gaining the SOTA team’s confidence that the ‘reverse psychology’ approach would be very suitable for their objectives, we teased out the key messaging through a good balance of humour in the scripting and the use of dynamic visuals.

We were also confident that the SOTA students would be able to pull off the nuanced performance needed in delivering the script because of their background and training.

Planning for production filming was met with the challenge of fitting the wide variety of shots and scenes needed to create the necessary energy within one filming day. Not wanting to disrupt the learning of the students, we had to work around existing class schedules.

The original production timeline was also pushed back by a week because it coincided with the term exams, which led to an even tighter turnaround for the post-productions stage.

When the day of filming came, the shoot went very well, as the staff, students and teachers helped us make things happen every step of the way, through the long hours of filming.

With the first cut preview delivered within a short time upon filming, we received a very positive response from SOTA’s team. We were also very happy with how the two videos turned out, especially with the challenge of working around scheduling and logistics.

When the completed videos were previewed to the faculty, we were delighted when our SOTA clients shared how they were very well received and were even greeted with applause!

It is very fulfilling to hear this because we also feel it’s important that the videos resonate with students, staff and faculty, so that the series is something they would be proud of and feel is an authentic reflection of the spirit of SOTA.

The SOTA team was so happy with this series of videos, they have requested for a version with a general branding end tag, so that the videos can be used on more occasions. To us, that’s a testament to how the videos we’ve created have met our client’s objectives and have added more value by providing more mileage beyond the initial objectives.

We are also very happy to have the SOTA Corporate Communications team coming onboard with our original concept and trusting us to handle the delicate balance of creating something eye-catching for the targeted youngsters and also on point with the branding for a larger audience.

We’d like to wish a big ‘Thank You’ to all the students, staff and faculty roped into the filming for making everything possible!

So, SOTA… Seriously?! Don’t…?
Check out the videos for yourself.

For more about the corporate videos, commercials and video marketing work we do at Intuitive, please visit https://www.intuitivefilms.com

For our latest news and happenings, check out https://www.intuitivefilms.com/blog
(Click on the book icon on the top right corner for more details) 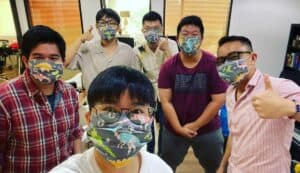 Taking Care of Business (and People) through COVID-19 ? 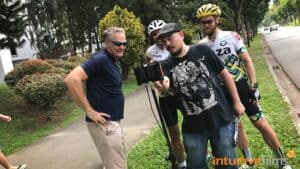 Move Happy & Share The Road with Our Cycling Safety Videos

Help you clarify the type of video you need based on your target audience and objective to achieve maximum impact.

Give you insight on the various creative approaches you can use in your video production to create engaging content.

Provide you with step-by-step guidance on how our production workflow delivers a stress-free experience (honed over 15 years of experience working with established brands and companies).

Enable you to get started on your video quickly, clearly and effectively.